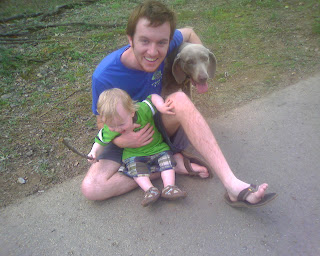 On Monday I wrote in the Branches Newsletter http://www.branchesrecoverycenter.com/ about the need to know and be known. I call that intimacy and I believe it drives the heart of men and women in the choices they make, the goals they set, and the desires they follow. That’s why we Twitter, Facebook, and MySpace. To be known is why we join groups, buy BMW’s, and do Jenny Craig. For kids, the need to be known leads to piercings, sexting, and drooping pants.
But as hard as we fight to be known, we may strive even more to know. The quest to know, to really be sure, is the constant in the human struggle. We live as post-postmoderns. The postmodern said, “We cannot know.” Now we say, “I want to.” Skepticism, doubt, and the agnostic are no longer in vogue. We have become again searchers, seekers of the truth, people who want desperately to know.
So how do we know that we know? Well, I don’t know. There are sometimes I am so sure about things. I am convinced I have this all figured out. I really, really have the answer (or answers.) But other times, usually at 2 o’clock in the morning. My eyes open wide and a tiny, terrified voice in me says, “I don’t know.”
Take just one piece of this knowing stuff for instance, the Jesus story. I mean, come on, a baby in a manger, walking on water, alive-dead-alive again. How can we know something like that? It seems a little far-fetched really.
Well, here’s one thing I know, knowing is a choice. I have chosen to know what I know. And I choose to know Jesus. Everybody has to start somewhere. I choose to start by believing there is a God, He is good, and His Word is true. From there it’s just a matter of knowing what He says about who He is. In John 17 Jesus says, “Father, though the world does not know you, I know you.” He goes on to say, “I have made you known to them and will continue to make you known.” Jesus was just so sure!
So, on those days when I just don’t know, and believe me there are plenty of them, I return to what I do know, to what I have chosen to know, “I know in whom I have believed. And I am persuaded that He is able to keep that which I have committed to Him until that day that He returns.” everything else seems to fall in to place when I remember what I know.
The things on my prayer list, I don’t know about them. A little kid with cancer. A good man who is losing his job. A fit young man who is stricken. A pastor couple that tried hard and now it’s all coming apart. A mother dying. A father leaving. I don’t know…But, I know that Jesus loves me, that God is able, that this world is not all there is. That’s all I know for right now, and that seems to be enough.
Listen, whatever you are going through, you can make it. God loves you with an everlasting love. I know that. Mike

There is written into the DNA of every man the need to know and be known. From the very beginning God created man in community. He said, “Let us make man in our image.” He gave man a name, Adam, and of all His creatures only called Adam by name. In fact God assigned to… END_OF_DOCUMENT_TOKEN_TO_BE_REPLACED