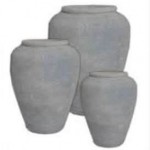 The morning sun rises hot but beautiful over the good-sized village of Nazareth.  The whole town wakes up in celebration and anticipation of the day ahead.  Nowhere is that excitement more vibrant than in the two homes of two young people, Benjamin & Sarai.   Today is their wedding day.

Their fathers have been friends since they were boys.  Long before Benjamin and Sarai were born the fathers decided if they had a son and a daughter, they would be married.  They did and so this day was planned when the young people were infants.

Now to have the marriage arranged is not unusual in that time.  In fact, nearly all marriages were predetermined.  There was dowry, a mohar to negotiate, land to exchange, and the fathers worked all of that out without any input from the betrothed couple.

But Benjamin and Sarai were different.  Not only was their marriage arranged but they had fallen in love as teenagers.  He was the captain of the football team.   She was the head cheerleader.  They were the sweethearts of the village and the whole team had long anticipated that day.  When they walked through the village hand –in-hand everyone would say, “Someday we will go to their wedding.”

The sun rose to the noonday height and then began to settle on the other side of the sky.  As the two families especially the family of Benjamin, busied themselves with the last minute preparations.  This was no private little ceremony or quiet affair.  This was a city wide event, a regional event.  They had not sent out invitations.  There was no need for that.  Word of mouth was enough and everyone knew that if you were aware of the wedding, you were invited.  There would be some distant relatives from across the Jordan.  There were some honored guests from Jerusalem.  But everyone in the village would be there.  Even the village carpenter and his wife Mary was coming, and perhaps their son, Jesus, was back from a journey out into the wilderness.  This was an exciting day.

I think one of the most celebrated times in the life of any family is weddings. Doris and I started planning a small little event with just a few friends. Before we knew it there guest lists, wedding attendants, and tuxedos all over the place. The church was packed with family and friends and friends of friends. Doris was gorgeous coming down the aisle. My heart was doing flip-flops as she took my arm and we turned and knelt in front of the minister. The crowd broke out in joyful giggles. My sisters had written on the bottom of my shoes in white shoe polish, “HELP ME!” Weddings are fun.

It is significant to me that Jesus chose the wedding to be the inaugural event of His ministry. He could have begun by healing a blind guy or by making a lame man walk. He could have begun His ministry with a real bang and brought a dead person back to life. But Jesus begins His earthly ministry at a wedding in a small little town in Galilee. I think He is saying, above everything else, my ministry is a ministry of JOY. In John 10:10 Jesus says,  “I am come that you might life joyfully.” (my word) In John 16:24 He says, “Ask and you will receive and your joy will be complete.” And in John 17:13 He prays, “I speak that My joy might be complete in them.” He is about joy.

The sun is finally setting and the wedding ceremony begins.  It really isn’t much of a ceremony, more of a parade really.  Just as the sun is setting a colorful procession sets out from the house of Sarai, music, dancing, all of her sisters and cousins. They laugh their way through the village, picking up participants as they go along.  In the back of the parade Sarai walks beside her father, nervous but radiant, taking in all of the ceremony. She looks ahead to see the house of her beloved Benjamin.

Finally they came to the outer gate of the house of Benjamin’s family. With great deliberation Sarai and her father walk through the entourage and knock loudly on the heavy wooden gate.  The doors swing open and the two old friends embrace and kiss, not Benjamin and Sarai but their fathers.  Then Sarai’s father hands Benjamin’s father the ketukah, the contract they agreed upon.  He takes his daughter’s hand and places it in the waiting hand of Benjamin.  Wedding over.  They are hitched.  It’s done.

Except for – the feast.  Now that is what the wedding was really all about.  The feast is why everyone came. Benjamin’s family has killed the fatted calf, butchered the lambs, harvested leeks and garlic, and prepared the wine. Lot’s of wine. The wedding feast was more than a celebration.  It was a statement of status.  It establishes place in society for the couple and their family.  The bigger the feast the more prestigious the families.  For years to come the couple and their children and their children’s children will be remembered by this day. And so it had to be perfect.

Josh and Jennifer, my son and daughter-in-law, were married in an incredible outside wedding at Craigfont, an antebellum plantation in Tennessee. The morning of the wedding, as Doris and I were on our way, they called in a panic and said, “We forgot balloons to mark the turns back to the wedding site.” We stopped at several places but on a Saturday morning in a small town there were no helium filled balloons to be found. God always provides. On the edge of town I saw a used car lot with a balloon tied to every antennae of every car in the lot. I had Doris pull over and keep the motor running. With my trusty little pocket knife I ran past a dozen cars out front and snipped off the balloons. I stuffed them in the back of the car and told Doris to get out of there fast. Josh and Jennifer had a perfect wedding with every turn marked proudly by Gallatin Auto Mart red balloons.

Somewhere, about halfway through the feast, disaster strikes.  It begins with a whisper.  The wine steward, whispers to Benjamin’s father, the few guests around see the color drain from his face.  Benjamin asks what is wrong.  When he hears, he begins to tremble.  The wine is gone. The legacy of the family will be ruined. This is not an inconvenience or a mild embarrassment. This is about shame. Huge, history changing, family destroying shame.

As I sat on the floor in an empty apartment in Orlando, many years ago, I felt the icy grip around my heart of shame. I was mourning the loss of my wife and children. I was in deep sorrow over my sin. I was fearful of the future. But perhaps the most debilitating emotion of all was the shame I felt for what I had done, for my failure. This couple felt that kind of shame.

On the third day a wedding took place at Cana in Galilee. Jesus’ mother was there, 2 and Jesus and his disciples had also been invited to the wedding. 3 When the wine was gone, Jesus’ mother said to him, “They have no more wine.”

5 His mother said to the servants, “Do whatever he tells you.”

6 Nearby stood six stone water jars, the kind used by the Jews for ceremonial washing, each holding from twenty to thirty gallons.[b]

7 Jesus said to the servants, “Fill the jars with water”; so they filled them to the brim.

8 Then he told them, “Now draw some out and take it to the master of the banquet.”

They did so, 9 and the master of the banquet tasted the water that had been turned into wine. He did not realize where it had come from, though the servants who had drawn the water knew. Then he called the bridegroom aside 10 and said, “Everyone brings out the choice wine first and then the cheaper wine after the guests have had too much to drink; but you have saved the best till now.”

11 What Jesus did here in Cana of Galilee was the first of the signs through which he revealed his glory; and his disciples believed in him.

Isn’t that a marvelous story? Jesus, the Son of God, the Creator of the Universe, the Savior of the world, is interested enough in this young couple that He turns water into wine and takes their shame away. He wants joy for them just like He wants joy for you and for me. He begins His ministry to them and His ministry to us by taking away the guilt and shame of our shortcomings and replacing it with His joy. There’s something to celebrate.

Well, that’s the story and it speaks for itself but let me make one quick observation. The central symbol in this story for me is the jars. The six empty pots. They are at the heart of this miracle. The only thing Jesus needs to pull the whole thing off is an empty vessel. Still true today. What God needs from you and me to take away our shame and fill us with joy is our emptiness. We become empty pots.

That happens three ways. First, we can choose. We decide to surrender everything that hangs around in our pot and gets in the way of our walk with God. List a few. Pride. Ambition. Selfishness. Unforgiveness. Anger. We give those things up and He replaces them with “love, joy, peace, patience….read Galatians 5.

The second way we are emptied is through our circumstances. We face what looks to us a great crisis or extreme loss. We go through a divorce. We lose a child. We are let go from our job. A parent dies. We see that as tragedy, and it is. But God says, “If you allow me to I can use this ti empty you and then fill you with joy.” Remember Jesus speaking in the synagogue and quoting Isaiah 61, “The Spirit of the Lord is upon me?” A part of that quote is that God promises to,

“bestow on them a crown of beauty
instead of ashes,
the oil of joy
instead of mourning,
and a garment of praise
instead of a spirit of despair.”  Isaiah 61:3

That leads to the last way God empties us. It may be my least favorite but the one with which I am most familiar. He empties us by challenging our way of living. As I sat in the floor of that apartment in Orlando I did not know then that God emptying me in a way I could not imagine. Out of His great love for me He said, “Let’s take away everything that you allow to stand between you and me and replace it with, well, with Me.” And that’s just what He did. The shame of my failure has become my greatest joy. He has used my brokenness and emptiness to let me know His love for me like I never did before.

Imagine years later. Benjamin and Sarai have all of the kids over. The grandkids start looking through the wedding album at the old photographs. (This is before they could flip through an ipad.) The grandkids say, “Mama, Papa, tell us about your wedding. What was your favorite part?” Sarai and Benjamin smile at each other and Benjamin says, “Well, there were six empty pots……..”

(We are telling these stories every Sunday night at Bates Ford in Lebanon. Join us tomorrow night at 5:30. When the stories are completed the book will be called Making Your Messes Matter.)

One Response to Empty Pots and Perfect Joy