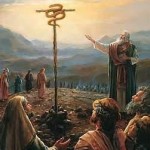 Nighttime visitors are always a concern. Are they there because they are in trouble? Are they there to cause you trouble? What brings them out at such an inconvenient hour? When Doris and I were youth pastors living in a mobile home on the parking lot of the church in Augusta, Georgia, we had a visitor like that. He was the father of one of our teens and he had been out visiting the “happy juice” places for several hours before he decided to stop by and tell us how much he appreciated the work we were doing. It was hot, even late at night, so we have the windows and doors open and just the screen door between us and the outside air. Mr. Happy Juice Dad stood in our living room for a few minutes, cried and told us he was so proud of us, then left and never looked back, walking right through the screen door without so much as a pause.

In John chapter 3, this man comes to Jesus at night because he doesn’t want to be seen by his friends. He is middle aged, prestigious, wealthy, and religious. You can tell he is religious by the garb that he wears. Over his robe is a prayer shawl, colorful to attract attention, long to inspire respect. Around his neck, hanging down to his waist are his phylacteries, two small leather pouches in which he carried with him always select portions of the Torah, the Jewish Bible. Probably one of the scriptures was the Shema, the passage from Deuteronomy, “Here O Israel, The Lord Your God is One. You shall have no other gods before Him. You shall love the Lord Your God with all your heart, and all your soul, and all your strength.” Over his head he wore the scarf of the Pharisee, the most holy of the Israelites, the religious leaders of the day. They were honored for their knowledge of God but feared because of their ability to use that honor to manipulate the people. This man was a religious man, a Pharisee, and his name was Nicodemus.

Now we understand why he is a nighttime visitor; if his fellow Pharisees find out about his visit to Jesus there will be hell to pay, literally. Everything that makes him important, his status, his position, his knowledge, his religious affiliation, even his career, could be jeopardized by coming to see this rebel, this rabble rousing Jesus. So he comes under cover of darkness because he is drawn, because something is missing in his life and he is desperate for the answers.

I found Jesus in a clinic for addicts. I learned more about Him in a room full of drunks and sex addicts than in any seminary class I took. Part of the problem was because I thought I knew so much I was unable to see what I did not know. Have you ever noticed what happens when somebody really comes to know Jesus. Let’s take two people. One guy is a good guy. He grew up in church. Treats everybody nice. Loves his wife and kids. Never kicks his dog. But he doesn’t know Jesus. When he finally finds Christ it is good. He has a peace about him. Life seems to make more sense. He is joyful and serene. And it is a wonderful thing. Good stuff.

Now the other guy; he’s a heathen. He is drunk every Saturday night. Cheats on his taxes and his wife. He has a foul temper and rages at everything from the traffic to the temperature. He’s mean and mad and malicious. And he doesn’t know Jesus. Then all of a sudden he finds Christ. Man, the world changes. He is passionate and fired up. He tells everybody he knows about his new life. He is as vocal and sometimes obnoxious about this new faith as he was before. But everyone around him is delighted and praising God for the change. He is joyful and serene. It is good stuff.

There is something amazing about that person whose life does 180 degree turn. They go around saying, “All I know is once I was blind but now I can see.” We call that being born again and we’ll look at that in a minute.

For now let me make this observation. To come to know Christ, to really know Him it required that we lay aside all of those Sunday School answers that we thought we knew. Like Nicodemus we have to leave our religious training and predisposition in the background and be willing to hear and see Jesus like we are seeing Him for the very first time. Everything I think I know about religion usually only gets in the way of what Jesus wants me to know.

So Nicodemus comes at night, sneaking away from his religious trappings, and starts to tell the truth:

Now there was a Pharisee, a man named Nicodemus who was a member of the Jewish ruling council. 2 He came to Jesus at night and said, “Rabbi, we know that you are a teacher who has come from God. For no one could perform the signs you are doing if God were not with him.”

Jesus answers,  “You must be born again.”

What? You have to be born again? That makes no sense whatsoever! We have 2000 years of history and a lot of Billy Graham sermons to help us understand this phrase and we still aren’t sure of all that it entails. Think of how Nicodemus must have felt hearing these words that were almost nonsensical. Be born again?

What does that mean to you?

gennatha anothen    The Greek phrase that we translate born again is a phrase that can have a double meaning. We use phrases that mean something other than what the words seem to say. Sometimes when the radio on our kitchen plays just the right song Doris will “bust a move.” When a guy is getting himself in trouble we say “give him enough rope and he’ll hang himself.” In both cases there is something behind the phrase. Born again could also mean born from above.

Nicodemus asks how such a thing could happen and Jesus begins to break out the really deep stuff.

Jesus answered, “Very truly I tell you, no one can enter the kingdom of God unless they are born of water and the Spirit. 6 Flesh gives birth to flesh, but the Spirit[b] gives birth to spirit. 7 You should not be surprised at my saying, ‘You[c] must be born again.’ 8 The wind blows wherever it pleases. You hear its sound, but you cannot tell where it comes from or where it is going. So it is with everyone born of the Spirit.”[

Well there you go. That clears it all up doesn’t it? I’m more confused that I was before. Flesh. Spirit. Water. Wind. What does it all mean? Well, it means EVERYTHING. It means that I quit trying to figure it out or explain it away. It means that I suspend anything I think I know about giving my life to God, I forgo the rules and rituals that have become ends in themselves, and I just say, “Lord, here I am whatever that means.” And that is hard! Rituals and formulas and manmade processes are all easier. I understand them and I have some control over them. But to give up to the unknown, HARD! Henri Nouwen was talking about that kind of surrender in the context of prayer when he said, “The movement from illusion to prayer is hard to make since it leads us from false certainties to true uncertainties, from an easy support system to a risky surrender, and from the many ‘safe’ gods to the God whose love has no limits.”

The way I act. The way I feel. The way I think. Every single part is me is set aside and a new way of being is taken up. That is hard and frightening and confusing. When Josh, my oldest son was placed in my hands in the hospital the reality of being a father hit me. It didn’t seem that hard. I thought I could handle it pretty well. Put food in one end and clean up the other end. I’ve been at it for 32 years now and you know what? It is hard. We are in relationship, two men now, trying to love and respect each other and one giving up ground and authority as the other matures. There just isn’t a black and white, “Dad’s For Dummies” book. Jesus is inviting us to relationship and that can be hard.

Nicodemus is still perplexed. He should be. It’s hard to understand. And Jesus finally gives him a break. He brings up a story that Nicodemus would be very familiar with.

14 Just as Moses lifted up the snake in the wilderness, so the Son of Man must be lifted up,[f] 15 that everyone who believes may have eternal life in him.”[g]

The children of Israel have been disobedient. God has punished them by sending serpents to bite and kill them. But His grace is there as well so He instructs Moses to make the form of a serpent from bronze and hold it up on a pole. When they look at it they are saved.

Here is the hardest part of all. It’s easy. We want to complicate it. We want to have some rules and regulations because that gives us some control. The really hard part of this is to give up control. All we do is look at Jesus on the Cross and we are saved. Simple as that. Easy as can be. That’s all there is to it. Really. And yet we find it so hard to do. Last verse.

16 For God so loved the world that he gave his one and only Son, that whoever believes in him shall not perish but have eternal life.

Isn’t that easy? Isn’t that hard? Isn’t that amazing? So what do I do? I obey one thing. Whatever comes into my mind right now that I am not obeying from God, I do that. Not to earn His love but in response to it. In recovery we call it doing the next right thing. The old Scottish evangelist, George MacDonald said it this way.

“I will tell you. Get up and do something the Master tells you: and so make yourself His disciple. Instead of asking yourself whether you believe or not, ask yourself whether you have done this day one thing because He said Do it……You can begin at once to be a disciple of the Living One—by obeying Him in the first thing you can think of in which you are not obeying Him. We must learn to obey Him in everything and so we must begin somewhere. Let it be at once.”

It’s as easy as that.